Every once in a while a talent rises that is totally unique and a true joy to experience, such is French Baritone David Serero. Opera singer, Actor, Producer, Baritone, Comedian & Entertainer, David is a true Renaissance man. His latest album, The Broadway Baritone, features songs from some of the greatest musical theatre shows, including Camelot, My Fair Lady, Phantom of The Opera & Fiddler on The Roof and many others. His rich, classical baritone and sultry French accent add a mellifluous flair to all the songs on the album, but this is particularly true with his rendition of Some Enchanted Evening , the Rogers & Hammerstein classic from South Pacific, David makes this song his own and surely the role of Emile de Becque is one he was born to play. 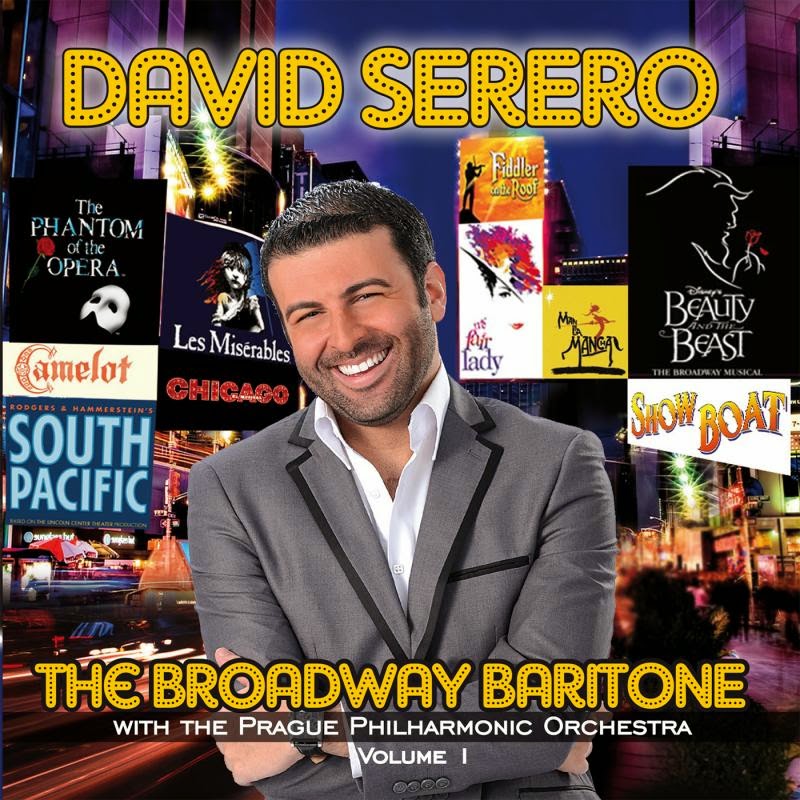 Throughout the album the music is fabulously interpreted by the world famous Prague Philharmonic Orchestra, conducted by Paul Bateman & James Fitzpatrick. The album is filled with great moments, but if David's Impossible Dream from his signature role of Don Quixotte from Man of La Mancha (Leigh & Darion) doesn't make the hair on the back of your neck stand up, then I'll eat several courses of assorted hats!

This is a finely crafted album featuring a stunningly talented singer, a man who somehow manages to convey his love of life and his joy in his chosen profession through every phrase and note that he sings. I notice that on the cover it says volume one, here's looking forward to hearing volume two very, very soon.